“Sports do not build character. They reveal it.” – Heywood Broun

The Sports Club of BIT Sindri organized 63rd edition of its annual sports fest during 24-26 Jan 2019 in the College Ground. The three-day Annual Sports extravaganza, Spardha 2K19 started on 24th of January with the inauguration by our honourable Director sir, followed by the flag march and torch relay and the oath-taking ceremony to instil the spirit of sportsmanship.  The first two days were devoted to the heats for the track events, viz 100m, 200m, 400m, 800m, 4*100m relay; for both boys as well as girls. The finals for the field events; namely shot put, long jump, high jump, discus throw, javelin throw were held simultaneously.

One’s house or branch is benefited from individual performance in the Sports but ultimately all the cheers must be reserved for the participant.  Tug of war was one team event where all the branches participated in the knockout round held on the second day of Spardha. Five branches qualified for the final rounds in the men section. The last day, also being the Republic Day when the entire nation was united in celebrating its 70th anniversary of being a Republic, students of BIT Sindri were united by sports.  In a thrilling final day full of surprises and upsets, it was ultimately the Mighty Mechanical showing that it’s might isn’t just limited to studies and brawls, but sports too.  They won the “Branch of the Year” award after bagging 12 medals including 7 golds, the Crowning Glory being the tug of war finale where they left electrical branch biting the dust within a couple of minutes.  Chemical engineering was quite close with a medal tally of 15, out of which the gold medal count was 6. Mohsin Ansari of mechanical engineering bagged the “Athlete of the Year(Male)” award with three golds and one bronze to his name.  Ankita Ekka of Chemical Engineering was declared “Athlete of the Year (female)” with three golds and a silver medal against her name in the tally.  Rangeeta Kumari of Information Technology was declared the “Overall Champion of Spardha 2019” with six medals that included astounding 3 golds, 2 silvers and a bronze.

While the outdoor events proved to be Achilles heels for the ECE branch, where it bagged just a bronze, the indoor sports came to their rescue, allowing them to bag a few cups. Sudesh Oraon of Civil engineering won the cup for Carrom along with his partner Rohit Kudada of Electrical Engineering. The duo of Sandhya Kumari(ECE) and Khushboo Kumari(CSE) prevailed in the Carrom competition for girls. Ashutosh Kumar of Civil Engineering bagged the first position in table tennis for boys, while Shimlee Gosh of CSE won the award for the females. In the game of chess, it was the Electrical engineering branch that grabbed both the Male as well as Female titles with Rajnish Singh and Shivani Verma being crowned the champions respectively.

With the students performing so well in the fields, how could our mentors remain behind? Proving the adage “Age is just a number”, the faculty members took part in the races for the faculty, their performance putting students to shame repeatedly.  While Prof S C Rai prevailed in the 50-60 years category, Prof T P Singh reclaimed his numero uno position in the 60+ age-group. With both the students as well as faculty members putting on their sports shoes, the ward servants, responsible for taking care of the day-to-day needs of students, were not the ones to be left behind. In the 200m race held for Ward servants, Mintu Saw of Hostel No 22 was the first to hit the finish line.

The second half of the final day was devoted to the race between the faculty members and the Prize Distribution Ceremony to appreciate the efforts of every participant.  Mr S K Singh, retired scientist, DRDO of ’79 batch and Mr Mukesh Chandra, GM, HURL of ’84 batch graced the occasion with their presence. They reminisced their college days and encouraged everyone to take greater interests in sports. 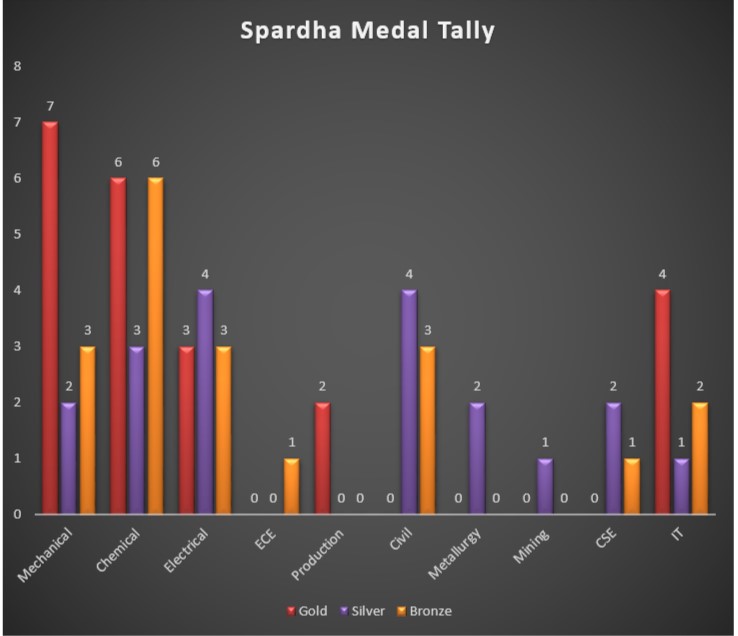 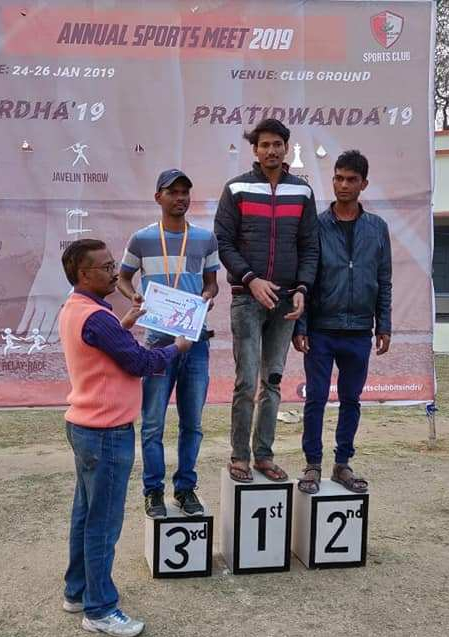 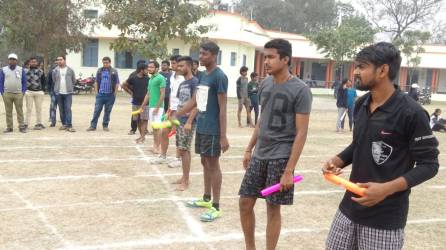 Kudos to the Sports Club Members for organizing the event of such a large scale successfully.

“I don’t see any reason as to why engineering colleges can’t have a creative writing department. Why shouldn’t every college in India have a writing programme? Even engineers can benefit from the art of writing. That should not be the prerogative and the bastion of writers only. All the best for future issues of Sarjana.” … END_OF_DOCUMENT_TOKEN_TO_BE_REPLACED