‘He who has never denied himself for the sake of giving, has but glanced at the joys of charity.’

Prayaas India, an initiative by students of B.I.T Sindri, for educating and thereby, uplifting the lesser privileged section of the society, organised and successfully conducted their annual cultural cum literary mega-fest, ‘RAINBOW’. The culmination of the week long festivities was embarked upon by a unified verse of National Anthem, as the Sun set out to visit the horizon on the evening of 20th April 2019. The overwhelming mass of spectators gave us a verdict of the splendour this event proved out to be. ‘भारतीय प्रतिरक्षा’, was indeed a sensitive as well as invigorating theme of the event. Everything around, including the organisers, the audience and the atmosphere, were evidently drenched in the vision of this theme. Major Shiv Kumar Mishra, graced the evening with his presence at the venue, Arya Samaj ground as the chief guest along with other dignitaries. Once the lamp lighting ceremony was concluded, the opening saw a welcome dance, thus marking the inception of cultural performances which included the perfect blend of dance, music, art and poetry and all we could manage was to be left spellbound at the talent these kids showcased throughout the stage performances. 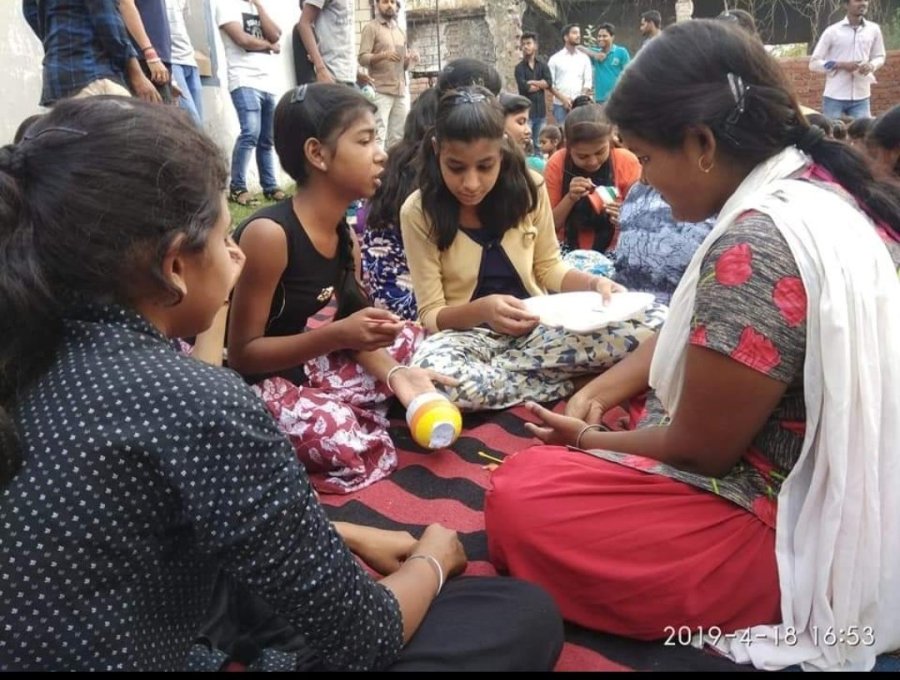 The organisers announced the inaugural of final rounds of various segments which were a part of the mega fest, including Dancing Star, Sangram, Aakriti, Anubhuti and quiz. The inordinate populace of B.I.T students and the residents of Sindri town, could be seen cheering and encouraging the little participants. How each activity by these students won multiple hearts of the people present, could be felt in the vibration of the applause which had taken over the entire neighbourhood. To elevate the spirits shown by every child, the winners from each segment was felicitated at the occasion. 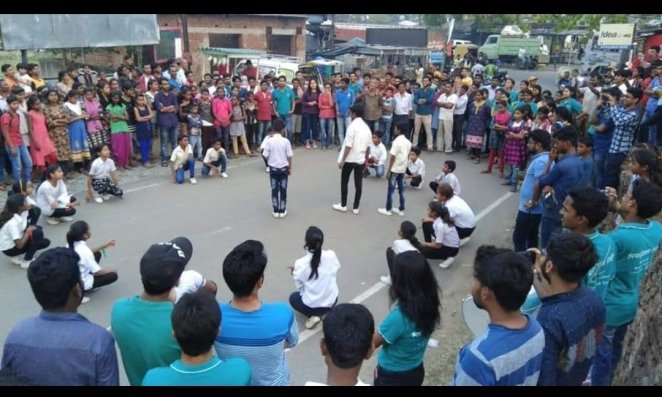 Besides the cultural zeal serving as major attraction for the visitors, the ‘Craft section’ also proved to be appealing and attracted the mass. This section portrayed the models pertaining to science and many abiding by the mentioned theme. Tejas fighter plane, missiles and mini representation of smart cities could be found. Meanwhile, several handmade crafts received their fair share of appreciation and recognition from everyone. The spectators invested in these specimens of craft work by the students, contributing to the Prayaas foundation.

The entire journey of Rainbow-2019 has bee one to commemorate. The week wherein we celebrate the joy of charity marked it’s beginning on 7th of April with a health camp. Everyone, including the students of BIT premises as well as the nearby residents were provided a free health check up and medication according to the detected issue. 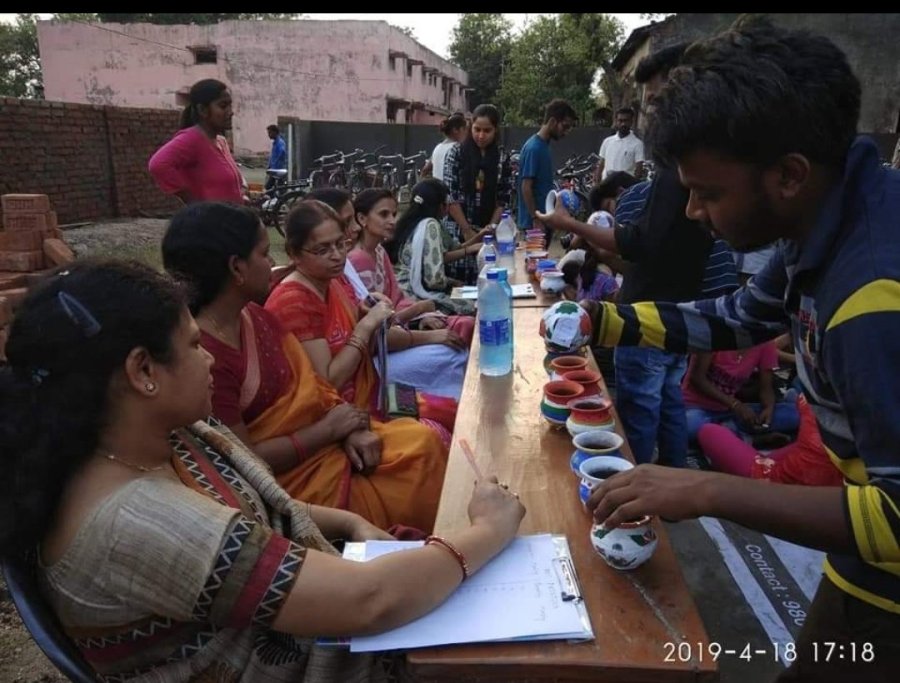 A cavalcade with the motive of spreading awareness on the theme of ‘पेड़ लगाओ, जीवन बचाओ।’ was organised on the morning of 10th April carrying forward the set of events in Rainbow. All the student volunteers along with the social workers associated with Prayaas India, marched together to the nearby areas and preached the importance of trees. Every individual was encouraged to plant more and more greenery around to make this earth, a little greener and a little better to sustain and flourish life.
The same dusk witnessed a play on ‘हमारा मतदान, लोकतंत्र की जान।’ The drama was enacted with the motive of acquainting the common masses with the noteworthiness of each vote casted. Afterwards, 14th April was the day, the competitions involving students’ performances begun in full swing. The first element in this entire chain of events was ‘खेलो इंडिया खेलो।’ and a very enthusiastic participation from the students of various centres of Prayaas India was noted.
‘आकृति’, a painting and sketching competition was organised on 15th of April and the contestant crowd comprised of both the students from various schools in Sindri and kids seeking education at Prayaas. The creativity depicted in this again, was worth acknowledgement.
Next colour to beautify the _Rainbow_ came out to be a poetry and speech recitation competition for all the students. The little ones left no stone unturned in proving their mettle in this arena. Amusing and well as enriching, this was one of the most loved sections of the fest.
An essay writing competition and a question-answer round was held next, on 17th April followed by the successful organisation of a Heena tattoo and Pot-making competitions, the next day. 19th April witnessed a Rangoli-making competition.

To upraise the splendour Rainbow is always associated with, the organising team planned to adding another wing to the flight with plethora of online events like ‘अनुभूति’ carrying the theme of ‘Travel and tourism’ and ‘Daily life Superheroes’. Amidst this, every one was expected to post a picture of themselves which was to be judged on several parameters as decided by the judgement panel comprising of Prayaas volunteers.
With these magnificent events and an attempt at celebration of jubilation with children, Rainbow-19 proved to be a successful and delightful venture by Prayaas India, B.I.T Sindri. The exuberance and happiness could be felt unfurling in the blanket of air around.

The entire institution stands proud of the stacks of honest efforts by it’s volunteers who worked day in and day out to make the RAINBOW shine a little brighter, for the precious smiles of hundreds of students who come entrusting their future in the hands of _Prayaas_.

“I don’t see any reason as to why engineering colleges can’t have a creative writing department. Why shouldn’t every college in India have a writing programme? Even engineers can benefit from the art of writing. That should not be the prerogative and the bastion of writers only. All the best for future issues of Sarjana.” … END_OF_DOCUMENT_TOKEN_TO_BE_REPLACED