In prior episodes of the series, Episode I  & Episode II you saw: India overcame all the odds to achieve its dream of becoming nuclear power and tasted success in  Smiling Buddha. However, the world responded by imposing curbs and restrictions.

So how did India go on to become a nuclear superpower?Read on to find out.

After India’s first nuclear test was carried out on May 18, 1974 in Rajasthan’s Pokhran, no nuclear tests took place till 1998 when the then prime minister Atal Bihari Vajpayee and the scientific adviser to the Defence Minister Dr Avul Pakir Jainulabdeen Abdul Kalam decided that it was time for the country to announce its nuclear status with a huge bang.
For 20 years, India enjoyed Soviet guarantees and took no steps to develop its nuclear capabilities even as Pakistan and China continued to secretly collaborate on building nuclear weapons and the US looked the other way.When the Cold War ended, so did the 1971 treaty (more in NUCLEAR INDIA – Episode II) with the Soviet Union. India lost its only superpower friend. With a menacing China and a hostile Pakistan, India was left with no choice. Now it had to be a nuclear superpower,curbs and restrictions be damned!

Atal Bihari Vajpayee was keen on going ahead with the nuclear test after he formed the government for the first time in 1996 but owing to the instability of the government which could last only 13 days,the tests got called off. Two years later, when he came back to power he gave a green signal to the nuclear test and it was conducted successfully. The bomb team put together in 1995 when India had to withhold tests due to mounting pressure had not disbanded. Wisely so. For it was an unparalleled coming together of some of the finest scientific brains and institutions in the country.Prominent in this coterie being P. Chidambaram;chairman,Atomic Energy Commission ,who could claim to be among the few scientists involved in all six of India’s nuclear tests;Dr A.P.J. Abdul Kalam,Anil Kakodkar, director of the Bhabha Atomic Research Centre,K. Santhanam amongst others.

Such was the preparation of those responsible for India’s advent as nuclear power that when Vajpayee gave them the green signal on April 10, just 22 days after he assumed office, within hours the core group of 100-odd scientists and engineers packed their bags and headed for Pokhran. D-day was fixed for exactly a month later, or as Kalam put it, “T-minus 30.”Incidentally this time round too, the day chosen for India’s second nuclear tests was Buddha Poornima.

In order to counter US spy satellites and CIA who warned India of dire consequences if it continued to go ahead with the nuclear tests, extreme secrecy was necessary.

There had been constant monitoring of the Pokharan region since the 1st nuclear test,yet the Indian scientists and engineers were able to fool the best intelligence agencies in the world

The CIA had powerful satellites that provided sharp images, but the DRDO was aware that they passed over the same object within a short time frame – from once in a couple of days to once in 2 to 3 weeks. So scientists worked only when the satellites were away from the range of line of vision of Pokharan. 58 engineers were specially chosen for the crucial task of maintaining the shafts in which India’s nuclear devices would be tested. They were told to take all measures to ensure total secrecy. Everything was code-named. Even the scientists’ real names including conducting dummy exercises and disguise. Every trick in the bag was used. The shaft used to test India’s hydrogen bomb, for instance, was known as the White House and risqué was Taj Mahal – the code name for the shaft in which the atomic bomb was detonated. In addition to this, since the desert site of Thar did not have any cover to offer, artificial sand dunes were shaped and aligned in the direction of wind to give the impression that they were naturally formed dunes. Weapons were transported from BARC in Mumbai to Pokhran on May 1. So as to avoid undue attention, minimal security was used and only four trucks transported the devices instead of an elaborate convoy.

Then during the time of tests, India launched a series of missiles, rockets and also dropped experimental bombs to divert the attention of “snoopers” before conducting the tests. At the Chandipur flight test range, a series of 12 Trishul missiles were launched. Almost one launch every two hours. At the Island range at stealth launch pad, a simulated Agni launch preparations were going on in high intensity.In Pokhran ranges, away from the action point, a number of rockets, PINAKA type, were put into action. At midday and evening, Air Force aircraft was bombarding with runway destruction bombs on experimental runways.

This time too, there was a fair share of snafu. Two days before the May 11 tests, when scientists and engineers descended into one of the shafts to carry out routine checks, the power failed. For five hours they were trapped inside till the electricity returned and the lift started working again.No one, however, complained. Then on the night they began sealing the explosive chambers with cement and sand, a bulldozer accidentally sent a boulder rolling dangerously towards the shaft.Fearing that it would damage the device laid deep below, an army jawan dived forward and clung on to it while his mates held on to his legs.

Such was the motivation to get the job done that none of the team members reported sick. Some like Anil Kakodkar, director of BARC, weathered personal tragedy to keep their commitment. His father died on May 2 and Kakodkar could only rush back for a day to conduct the funeral rites. There was no time even to grieve.

For Chidambaram and Kakodkar, each of the five nuclear devices posed a challenge both in terms of design and construction but the humdinger was the hydrogen bomb. It involved extremely tricky high pressure physics with precision engineering – a major advancement over the conventional atom bombs that they had been making.Exploding a hydrogen bomb had a problem in Pokhran. Because of the proximity to villages, the maximum yield of bomb that could be safely detonated was 45 kilotonnes (1 kilotonne is equal to 1,000 tonnes of TNT). So they made precise computer calculations on the amount of material to be used and the depth at which it was to be buried to prevent radioactivity rising to the surface.

In their battlefield fatigues, the scientists appeared like ageing heroes in a Bollywood potboiler. Especially as they sat waiting and sweating in the makeshift control room – a tiny bunker littered with an array of computers and control panels with press-button switches in bright red, green and orange.
One of the panels activated by the turn of a key in a lock started a countdown timer, which precisely at 9 a.m. on May 11 would have sent a tiny electrical current to trigger a series of explosions that would shake the world.
An hour before that, the range meteorological officer, clearly uncomfortable with his disguise as Captain Adi Marzban, walked in without saluting the two generals seated on plastic chairs and told them that an unexpected wind had started blowing,which could send any accidental radiation fallout from the blasts towards nearby villages.The mission,had to be “put on hold” till the wind died down.

By noon, the wind still hadn’t abated and the outside temperature was a searing 43 degrees Celsius. R. Chidambaram, Atomic Energy Commission (AEC) chairman dressed as Major-General Natraj, removed his Gorkha hat to stop the sweat from streaming down his face.On his left, A.P.J. Abdul Kalam, scientific adviser to the defence minister and chief of the Defence Research and Development Organisation (DRDO), his nom de guerre being Major-General Prithviraj, sat impassively. However his silvery mane sticking out was a dead giveaway. With the range storming with army personnel, it made sense for scientists and engineers to don uniforms so that they could move around without attracting attention.
All the three tests on May 11 were wired together as scientists feared that the shock released from the hydrogen explosion could damage the other two shafts. By afternoon the wind had fallen silent over Pokhran. At 3.45 p.m., the timer detonated the three devices. Around 200-300 m deep in the earth, the heat generated was equivalent to a million degrees centigrade – as hot as temperatures on the sun.
Instantly, rocks weighing around 1,000 tonnes or a mini mountain underground, vaporised. Another equivalent amount melted and as the molten rock dripped down, it suddenly cooled and trapped the radioactivity release in tiny marble-shaped coffins.

Meanwhile, the shock waves from the blasts began to lift a mound of earth the size of a football field by several metres. Then the earth began to rock with quake-like force briefly and the deep rumbling sound of an underground explosion hit them. Dozens of seismographs nearby and across the country immediately recorded the tests validating them.

The hundreds of jawans watching the explosion from a safe distance broke out into a spontaneous shout of Bharat Mata ki jai. All the senior scientists hugged each other for they had made the nation a superpower. India’s nuclear journey began with the Chinese threat and it ended with countering China.An outsider had made entry into the exclusive group of superpowers.

India declared itself a nuclear power on May 11, 1998, after conducting the second round of nuclear tests, the first one being in 1974. This time however, India didn’t restrict itself to testing just one weapon, but five! The day has been immortalised in the form of NATIONAL TECHNOLOGY DAY.

The success of nuclear test propelled India into unchartered waters. The whole world was troubled by elevation of a third world country as a nuclear superpower, and feared that the country would use the newly acquired status for creating hegemony in the South Asian region. In order to put all speculations to rest, Indian Prime Minister declared that we will never use Nuke without provocation, or specifically no First Use Policy. It is not if our resolve went untested. Towards the end of the 20th century another war started with our beloved neighbour, that too at the time when our PM was visiting them in a bus with all the protocols being relegated to cold storage. The niso-called Shepherds had captured the hilltops and were raining death on the capturing party. India didn’t lose its cool and against all the warmongering in the country, desisted from using the N button. Kargil improved our status in the international community, for India defeated Pakistan without nukes. Now we are at the cusp of being inducted in NSG, an institution that banned us on our first nuclear test. If admitted, India would be first member inducted without signing of Non Proliferation Act.

Our nuclear strategy is in line with our Indian culture, be strong but forgive. This is achieved through the formidable nuclear triad making us capable of retaliating strongly to any nuclear attack even if it’s tactical.

We have also used Nuclear power for peaceful purposes, power production, Research… Reactors at Trombay… But that will be in another series, let us know in the comments what do you want the next series about.

“I don’t see any reason as to why engineering colleges can’t have a creative writing department. Why shouldn’t every college in India have a writing programme? Even engineers can benefit from the art of writing. That should not be the prerogative and the bastion of writers only. All the best for future issues of Sarjana.” … END_OF_DOCUMENT_TOKEN_TO_BE_REPLACED 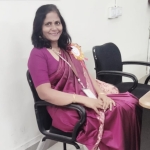