A Mission A Paradigm

Since its birth and before, many campaigns and schemes have been launched and lifted to make the nation a ‘Swachh Sovereign’. First in the chain was the grand mission of ‘Swachh Bharat Abhiyaan’. However, the main concern under the banner was to make the country free from the plague of open defecation.

Public toilets for the ever surging population in rural India is a dire necessity since open defecation render the shrinking land  area unsustainable. Filth, nauseating odor and dreaded diseases borne out of it are veritable hazards for public health. In spite of its national priority, India is in the stiff grip of open defecation.

The state of affairs is even more daunting and disconcerting in rural regions where the male show reluctance, imposing excuses of being financially deficit. Despite monetary support from government, the predicament has traversed only feeble steps to doctor up. It has been observed that people try to digest the money issued as aid to construct toilets by various methods of false verification. And it’s legally not possible to punish all such forgers that constitute a bulk of beneficiaries.

In order to flag philanthropic gestures, many NGOs and private social activists have recently joined in the huge campaign for cleanliness. And in the league comes a story of veterans from BIT Sindri …

During his trip to India, Dr. Krishna Pal Singh (1967 ME batch), a billionaire (New Jersey) and a distinguished BIT alumnus witnessed some enervating instances of open defecation and pitied on the pathetic scenario. It eventually led him to annunciate the foundation of matching funding for construction of public toilets anywhere in the country that is in clutch of open defecation. Later in March 2015 Dr. Lakshman P Sinha (1960 EE) and Neil Pundit approached Krishna Pal (Kris) to consider a limited offering through sponsorship by alumni. Krishna Pal Singh readily agreed, set up a committee of three including Dr. Onkar P Sharma (1959 EE). The PSS (Pundit, Sinha, Sharma) Committee embarked on formulating processes, criteria, and got the Sulabh International to take up the small projects. 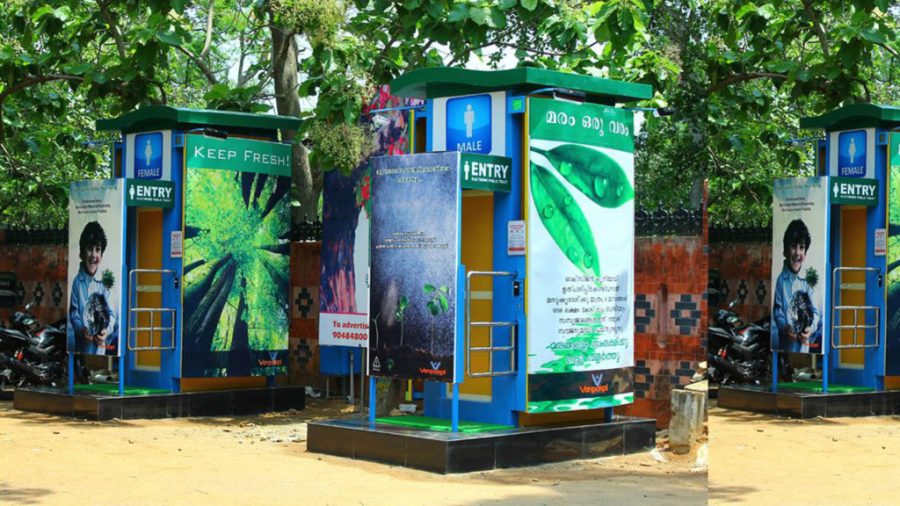 In 2013 Neil Pundit met a young man from his village who worked for a big construction company in Kanpur. In July of 2015 he asked him if he could get a few public toilets constructed in their village, to which he agreed with some hesitation. In 6 months he got 10 sites with a total of 32 public toilets constructed working part-time. He paid 50% of the construction cost and the KPS Foundation did the Matching, and added 2 years of maintenance cost as well.
However, post some 700 public toilets getting constructed, KPS Foundation discontinued its matching funding for our alumni sponsored Public Toilet projects for Rural India. The principal reason behind this could well be the lack of Donor support for the noble cause.
Currently there are 116 sites donated by the landowners waiting for construction. Neil Pundit is sponsoring 81 sites and 35 sites are being sponsored by Shree N Sharma. BIT Sindri Association International, a US public charity nonprofit 501c3 organization, has undertaken the project and its overall responsibility.
As per the information collected, the average construction cost is Rs. 4 lakhs (US$6K) for the 3-toilet system, and Rs. 7 lakhs ($10K) for the 5-toilet system. The average annual cost of maintenance is 2% of the construction cost.
In the words of Neil Pundit, “The toughest of tasks have been the site selection which involved consent of the community. For many sites they have been provided with some donations from the potential users, neighbors, and the landlord. It took persuasion and cooperation over a long period of time and it is the most demanding responsibility of the alumni sponsor, in addition to the monetary commitment. For some, land donation is a major sacrifice. The cost of land is usually higher than the cost of construction. Often, it is a significant part of the ancestral family asset.”

BIT Sindri Association International seeks donations from public at large and alumni. The DONATE button on our website http://www.BITSindriINTERNATIONAL.org enables payment through PayPal or credit cards. Facebook is helping with its own DONATE button. For large donation or currency difficulty contact Neil Pundit (pundit@ieee.org).

But as it is said, ”hurdles along a journey are not breakers, but is the journey itself.” Epitomizing the same, Neil Pundit and Shree N Sharma surely are leaving no stone unturned to accomplish the ambitious mission. Well, there are folks who take unusual dig at the system and then there are the ones who act as paradigm. And this time around it’s none but our magnanimous alumni.

“I don’t see any reason as to why engineering colleges can’t have a creative writing department. Why shouldn’t every college in India have a writing programme? Even engineers can benefit from the art of writing. That should not be the prerogative and the bastion of writers only. All the best for future issues of Sarjana.” … END_OF_DOCUMENT_TOKEN_TO_BE_REPLACED