An engineer’s knowledge should not be confined only to that obtained from books or professors, he/she should also be aware of the latest trends and technologies available in and around the four walls of the premises. With this goal in mind,  there’s a slew of seminars and workshops organized by various departments, under the aegis of TEQUIP. The Department of Chemical Engineering organized its two-day workshop in the Group Discussion Hall, A27 on the Role of Chemical Engineers in Environmental Protection (RCEEP-2018), sponsored by TEQUIP-III. The workshop began on October 5, 2018 and was concluded on October 6, 2018.

To bridge the gap between the thinking methodology of engineers and how they perceive their environment was one of the major topics to be accentuated. The workshop was zestfully attended by the students and faculty members of the Institute as well as the eminent industrial personnel with appreciable experience in the concerned field. 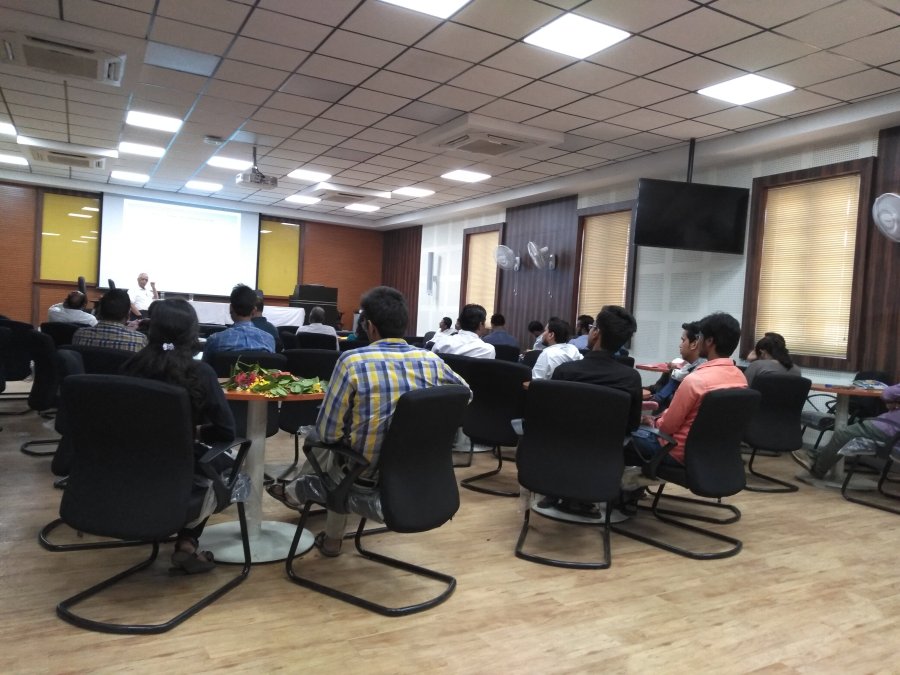 Lectures on Day 1 were delivered by Dr I.M. Mishra-Head of the Chemical Engineering Department, IIT(ISM)-Dhanbad and Dr D.N.P. Singh-Chairman-Aditi Research Centre, SIRTDO, BIT Sindri. Dr Mishra shared his knowledge of environmental science and its application in solving environmental problems whereas Dr Singh shared his anecdotes on the history of PDIL and gave insights into the working of an organization like PDIL. The proceedings of the inaugural day concluded with the Head of Chemical Engineering Department, Prof. S P Singh sharing his views on the problem of air pollution. The audience immediately connected with his methodology of relating concepts with the plight of people in the coal-belt of Dhanbad district.

Day 2 of the workshop began with Dr A.K. Singh-General Manager, PDIL Sindri focussing on the environmental aspect of engineering and through several examples from our ancient literature such as SUSHRUT SANHITA, shedding light on our culture of environment protection. Following his league was Prof. M.K. Mandal-Professor of Chemical Engineering, IIT-BHU, who expressed his views on the theme BIOMASS Energy Thereafter, Prof. Vineet Kumar of Chemical Engineering Department, IIT(ISM) Dhanbad enlightened the audience with his words. Speaking on Environmental Modeling on Continental scale, Prof. Vineet Kumar accentuated on the importance of remote sensing in the monitoring of the Earth’s environment as one needs to have a bigger eye in order to get the clearer picture. Citing the example of elephant and 7 blind men, he emphasized that models based on localization are not applicable elsewhere. 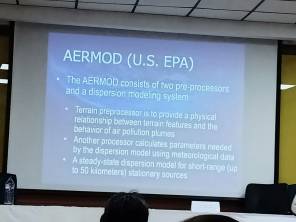 The two-day conglomeration of eminent personalities in the field of Chemical Engineering and Environment along with the students of BIT-Sindri successfully covered the issues of Application of sources of renewable feedstock, Design of process of Process Plants for Energy Efficiency, Carbon Capture and Sequestration, Design of Safer power plants, Air Pollution and its abatement, Industrial pollution control and Green Fuels. The program concluded on October 6, 2018, with the participants being given certificates. Seminars and workshops like these should be organized on a regular scale in order to educate the up and coming crop of technocrats about various issues plaguing the race of Homo sapiens as new ideas are essential to tackle such problems.

Media Coverage of the event 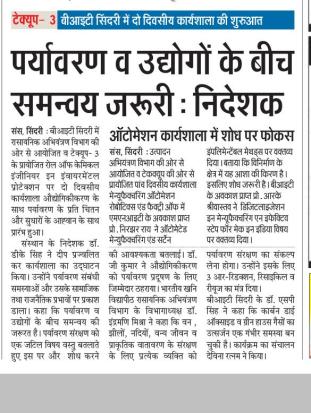 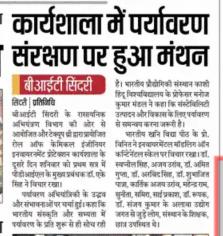 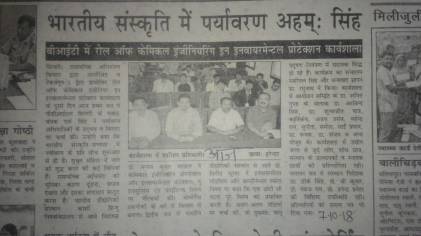 “I don’t see any reason as to why engineering colleges can’t have a creative writing department. Why shouldn’t every college in India have a writing programme? Even engineers can benefit from the art of writing. That should not be the prerogative and the bastion of writers only. All the best for future issues of Sarjana.” … END_OF_DOCUMENT_TOKEN_TO_BE_REPLACED