‘Manufacturing is more than just putting parts together. It is coming up with ideas, testing principles, and perfecting the engineering as well the final assembly.’

The Department of Production Engineering successfully organized it’s 5-day workshop titled “Manufacturing Automation, Robotics & Factory of Future”, sponsored by TEQIP-III. Renowned guest speakers, professors, industrial personnel and technical-dignitaries marked their presence in the workshop which began on October 3, 2018.
The program was inaugurated by Dr. D.K. Singh-Director, B.I.T. Sindri by lighting the lamp after which he shared his views on how India will rub shoulders one day with the rest of the developed countries in the world in the field of automation and artificial intelligence.

DAY-1
As the first day of the workshop advanced, Prof. Vinay Sharma-Head of the Department, Production Engineering, B.I.T. Mesra enlightened the young budding technocrats on how automation based on Internet of Things may revolutionize the industry. His views on how manufacturing in the near future is possible with least human intervention were remarkable. As such, development of Artificial Intelligence(AI) which senses the needs and pre-requisites of the end user and then gives the output accordingly is required.
Prof. S.K. Chattopadhyay of Department of Mechanical Engineering, IIT(ISM) Dhanbad threw light on the needs and current demands of 3-D Printing in the 21st Century Industry. He talked about how with minimal mechanical intervention, be it hammering or cutting, Artificial Intelligence can easily sense the needs of the hour and act accordingly.
As the event proceeded with our students and dignitaries, theme of Design and Additive Manufacturing of Lightweight Structures was put forward by Mr. Sumanta Mukherjee-Department of Production Engineering, B.I.T. Sindri who stated that the efficiency of any machinery relies on the use of lightweight material in its construction and the factory of the future relies profusely on it.
DAY-2 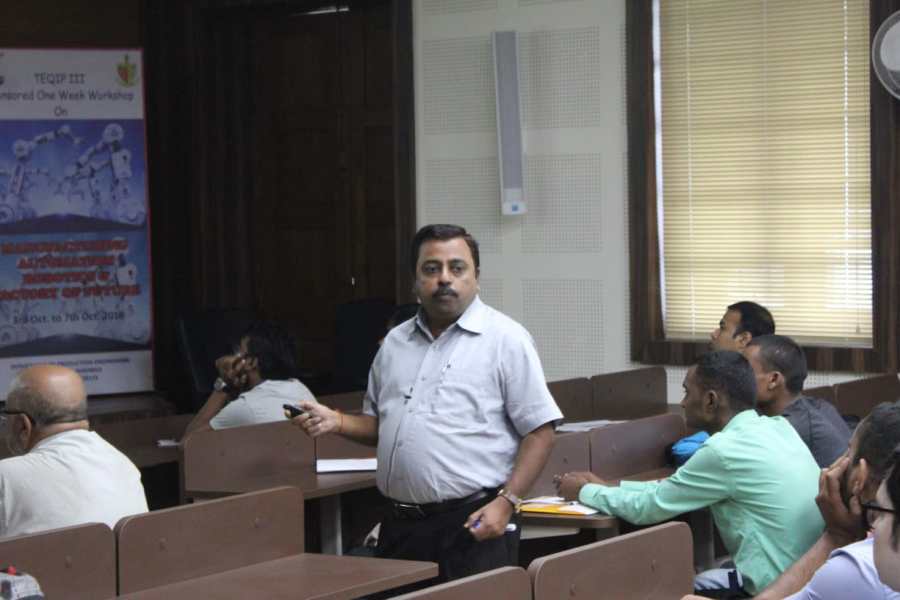 The second day of the workshop began with Prof. Vijay Pandey of Mechanical Engineering Department, B.I.T. Sindri emphasizing upon the successful integration of CAD and CAM. Their integration into a single module would not only lead to lesser human resource consumption but would also save a lot of valuable time.
Mr. Satish Kumar-Department of Production Engineering, B.I.T. Sindri threw light upon the role of Nano Robotics in the coming future. “Nano robotics possesses huge potential which could revolutionize the coming phase of Industrial Development. They could be used to deal with research at a much smaller and molecular level that could leave a much bigger impact”, he added.
DAY-3
Continuing on the third day, Prof Nirjhar Roy of MNNIT Allahabad delegated about the Automated Manufacturing and Certain Implementable Methods which could propel the upcoming version of Industrial Revolution.
Thereafter visits to the Centre of Excellence-Siemens Labs and the robotics lab were made in the subsequent session by the distinguished guest lecturers who saw written theses form fruits of reality in the fully automated workshops.
DAY-4
The unison of great minds gathered on the fourth day where Prof Sanjay Jha of B.I.T. Mesra first talked about the Factory of the Future and Prof Joyjeet Ghose elaborated upon certain acceptable methods that can used in the process of automation. 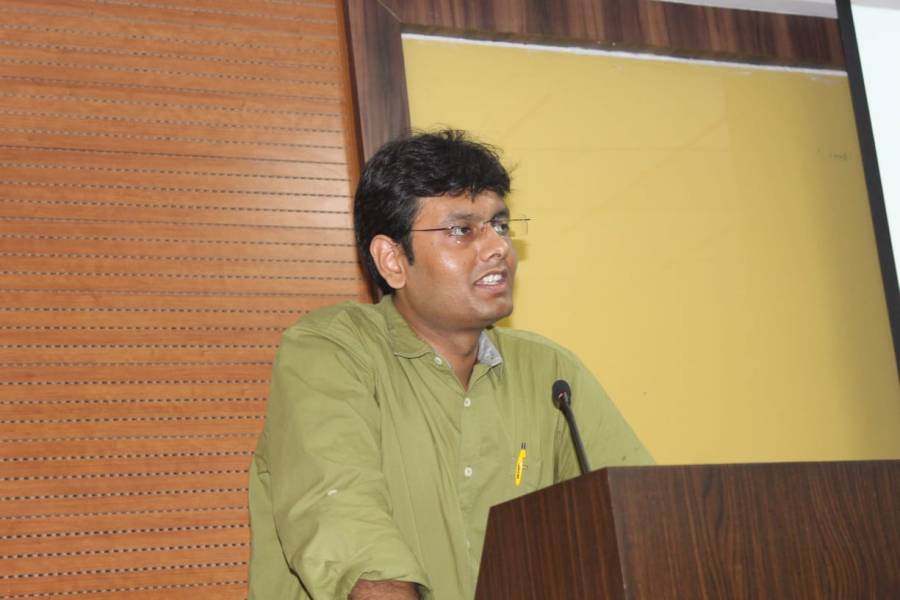 Mr. Anmol Shrivastava- Manager, Productivity Services Department at TATA Steel talked about Factory 4.0 which deals with all the automation discussed being converted into reality, again requiring least human intervention. However, India is far behind in this regard and may join the league of nations such as Japan by 2040 or later.
DAY-5

The fifth and the concluding day of the workshop kicked-off whereby Dr. Prakash Kumar- Head, Department of Production Engineering B.I.T. Sindri discussed on the topic “New Generation Robot- Animal Robot to Humanoid”. He said that in the near future, with the advancements being made in the Robotic Skills, accompanied by the benefits of Artificial Intelligence, a greater rise in industrial progress is sure to be seen.

Apart from the lectures and discussion sessions, the dignitaries and speakers visited the various highly equipped and fully automated Siemens-Centre of Excellence Labs in the Institute Campus. These include the visit to Automation & Mechatronics lab, the 3-D Printing Machine, Spot Welding, Material Handling Machine and other labs in the IT building.
Upon the successful completion of the 5-day long workshop, Dr. G. Kumar-Coordinator, TEQUIP congratulated everyone for making the conglomeration fruitful and knowledge-enriching. He vested his belief that the workshop would have surely brought Industry and Intellect together for a better Factory 4.0 revolution.
The workshop aimed at the discussion of how a successful unification of Robotics and Artificial Intelligence supplemented by required Mechanical agents could be achieved for complete automation of upcoming Industries and was a success in fulfilling its agenda.
Thus the program concluded on October 7, 2018 and the conglomeration of ideas bid adieu for yet another meeting to discuss the latest automation trends in Industry later.
Let’s hope for the best and be a part of the Factory of the Future.

View all posts by Anibrato Adhikari

“I don’t see any reason as to why engineering colleges can’t have a creative writing department. Why shouldn’t every college in India have a writing programme? Even engineers can benefit from the art of writing. That should not be the prerogative and the bastion of writers only. All the best for future issues of Sarjana.” … END_OF_DOCUMENT_TOKEN_TO_BE_REPLACED